The Rich Fool: a contemporary reworking of the parable (Luke 12.16-21)

And he continued with this story, “There was a couple whose numbers came up in the lottery. They thought: ‘What shall we do? For we love our old house, and couldn’t bear to move. We don’t have much but we do have all we need; there is nothing we want to buy.’ So they planned: ‘We’ll give this cash away. Not one thing will we buy.’ And that is what they did. To hospitals, aid agencies, churches, emergency services, and cemeteries the cash went. Not forgetting some whom they loved who needed a little help. After three months, they said to themselves: ‘Now it’s gone we can rest for we’re plain folks who need nothing more than we’ve got.’ But God said to them: ‘Fools to the world you may be, but you are rich in what counts.’ This is the lot of those who know where contentment is, and nothing will ever end their blessedness. And strangely, in a capitalist world fuelled by relentless wants, the tale is true.
Allen and Violet Large of Lower Truro in Nova Scotia, Canada won a lottery prize of $10.9m in July 2010, by November they had given $10.2m of it away. 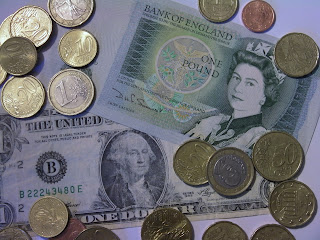 Posted by Christopher Burkett at 15:25 No comments:

‘In his novel Nineteen Eighty Four George Orwell describes four ministries through which ‘The Party’ holds power: A Ministry of Peace concerned with war. A Ministry of Love for law and order. A Ministry of Plenty to deal with scarcities. A Ministry of Truth where a vast system of brain washing is planned and executed. He did not need to describe a Ministry of Health which deals with disease: we already have one.’
So wrote a great missionary doctor and teacher, Michael Wilson, in the early 1970s (Health is for People published by Darton, Longman and Todd). Wilson understood that health is more than the absence of disease, and that the way we speak and deal with the idea of health is often unhealthy. A nurse told me the other day that she had been censured for talking to her patients rather than focussing her attention solely on the technical equipment to which the patient was connected. It’s so easy for mechanical expertise to completely overshadow the ordinariness of human interaction. Without those human touches (quite literally) healing is stymied. But those human touches don't appear in efficiency schedules, and are overlooked in the striving after cost effectiveness.
The thought comes to me as I prepare for worship on this Saint Luke’s Day. I’m to read verses from the Book Sirach (Ecclesiasticus) that praises the God-given work of physicians (chapter 38). A rather obvious choice perhaps, but worth thinking on nevertheless. It makes plain that healing skill comes from God; indeed that healing is God’s work—‘from him health spreads over all the earth.’
Then I notice that the word translated as ‘health’ is actually ‘shalom.’ This is a word that Jesus used a lot. Indeed it was his first gift to his followers after his resurrection (John 20.19; Luke 24.36). It speaks of well-being in the widest possible of senses—between nations and communities as well as in families, between individuals, and within the heart and soul of any particular person. It’s a word that shouts positive human connections as part of the will of God.
How I hope that those taking decisions about public spending cuts have that in mind. Human connections are essential to the health of us all. 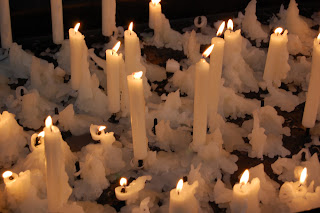 Posted by Christopher Burkett at 12:41 No comments: 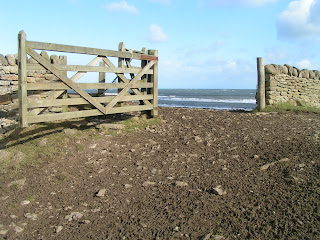 Over six hundred people gathered in Chester Cathedral yesterday afternoon. The occasion was the ceremony in which new lay ministers are admitted and licensed for their task. It was great to see so many people eager to take up the challenges of Christian ministry in our highly secularized society, and so many others supporting their commitment. It didn't only feel good; it felt right.

In the Church of England, as in most Christian denominations, the authority to minister in Christ's name is conferred in a special gathering, presided over by a special person (in this case, a bishop), in a special building. This is the way things are done. In particular, the special person, in the sense of someone with distinctive qualifications, training and authority, and the special place in the sense of a purpose-built, set-apart and architecturally out of the ordinary building, are simply assumed. These things are part of our mental make-up; at least to all who are to some degree familiar with the ways of the church. We fail to notice that these things are not inevitable.

I don't want to go into vexed questions of church order, whether about people or places. It simply strikes me that the easily assumed power of the special person and the special place shapes the way that faith is seen without that shaping being noticed most of the time. And that shaping should be, at the least, acknowledged as we try to work out ways of being the church for our own times.

Since Christianity's first purpose-built church, Saint John Lateran's Basilica in Rome, was dedicated on the 9th November 318 the notion of special buildings from which special full-time religious functionaries operate has coloured all our thinking about faith. This thinking has become the memory through which we read Scripture. And that makes it very hard to recover the alternatives that are there in the New Testament. For almost three centuries our Christian forebears knew nothing of our assumptions, at least not in any straightforward way, and we need to learn from their faithfulness to Christ prior to those assumptions becoming so powerful. Recovering those ancient Christian memories will help us live faithfully in changing times. 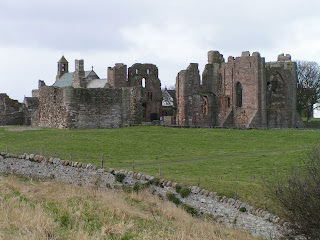