“A growing number of young women in Britain have lost patience with the dating game and are turning to sperm donors to start one-parent families,” reads a story in yesterday’s Sunday Times that is quickly spreading across Internet news sites. The article went on to say that dozens of women in their early 20s – including graduates, nurses and bank workers – have posted appeals on Internet sites citing impatience and frustration with relationships for their decision to take the step into parenthood alone. 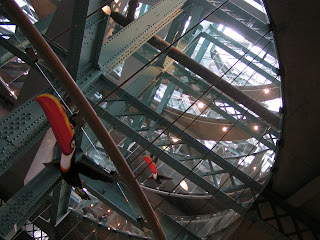 I’m not sure how seriously to take this piece. Let others examine the issues and the veracity of the evidence. The only point I want to make is that the story is believable. Most people, I think, would admit the possibility that a significant number of young women may have given up on personal relationships to achieve the motherhood they desire. The idea seems to fit with social changes of which we are all aware. Britain is becoming a nation of ‘aloners’: more people are living alone; lots of organisations have falling memberships; the ubiquitous use of earphones makes casual conversation impossible; knowing your neighbours seems more difficult that previously; and individual choice is the ideological ideals in most areas of life. We don’t seem as able to connect with one another (no pun intended!) as readily as we formerly did. Yes it’s all too easy to imagine that some young women have decided inter-personal relationships aren’t worth the hassle.

And yet at the same time our ‘alone world’ is more connected than it has ever been. All those mobile phone calls can’t be to automated digital services! As is constantly said, the digital revolution opens to all those connected opportunities to communicate beyond the wildest expectations of our forebears. At one and the same time we are more connected and but also more alone. Whether it’s actually true or not, that appears to be a widely held perception of our social world: too many possible relationships, too few real ones.

For a faith with communion at its heart the issues are pressing ones. Christians have to turn communication—real, attempted or idealized—into communion. And that turning is now more difficult than it’s ever been, perceptually and actually. And yet I take some encouragement from that very difficulty. Connecting is troublesome in every area of life; it isn’t a problem unique to the mission efforts of Christianity. The decline in church participation is part of a wider social phenomenon. Creating social communion is counter-culture—literally. Creating intentional communities where communion can flourish is our aim. Such communities are signs of better things for everyone—an antidote to ‘inter-personal relationships aren’t worth the hassle.’
Posted by Christopher Burkett at 08:39