Barry from Watford and Barack from Washington DC 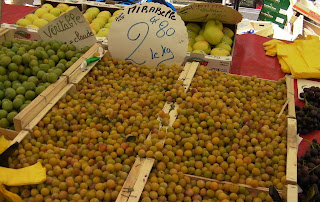 "What can you do with a beetroot, a jar of sandwich spread and a packet of Angel Delight that went out of date in 1978?" So said Barry from Watford, a character on the BBC Radio Two show Steve Wright in the Afternoon, urging listeners last week to discourage the giving of grocery parcels from Harvest celebrations. He went on to tell us of making a mint salad dressing from a previous Harvest hamper. Only after eating it did he discover that the tube of white liquid was actually peppermint foot ointment - he suffered no harmful effects but the next morning his verucas had gone! Barry observed that the groceries given are too often things from the back of the cupboard that no one would dream of eating. The truth of Barry's coments struck a chord as this listener and the studio crew collapsed in laughter.

A fortnight previously my emotions had been of an entirely different order as I watched on TV the events marking the anniversary of the 9/11 attacks. The solemnity and sorrow of the day was palpable aross the airwaves. President Obama read at the ceremony at Ground Zero and latter spoke at a gathering at the Kennedy Center. On both occasions he used words from the Authorized Version of the Bible - in the morning he read Psalm 46 'God is our refuge and strength, a very present help in trouble,' and in the evening he frame his speech around a verse from Psalm 30 'Weeping may endureth for a night, but joy cometh in the morning.' He words struck a chord and came across as well considered and fitting.

Both the joke making and the solemn remembering depended on collective memory for their power. Without the recollected shared associations that go with the creation of harvest displays and their dispersement, the jokes wouldn't have been funny. Without the echo of a shared understanding of the steadfastness of God expressed in biblical phrases repeated over generations, the pslam references would have been little more that a poetic turn of phrase. In tragedy and comedy it is what is remembered together - although often not expressed explictly - that gives us the scaffolding for a genuine community of sharing.

Posted by Christopher Burkett at 11:09